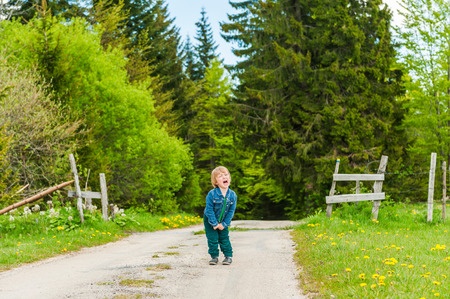 Tantrums – hold on for the ride!

Written by Jen Staniforth on November 29, 2015. Posted in Blog, Parenting

Ok, tantrums. Let’s talk about THAT one. I’ve included here some things to remember and simple strategies to use when your child (who is most likely 3 -5 years old) decides to have a tantrum.

1. He is a child. Remember how it was when you were a child? When something “bad” happened it usually had to do with waiting your turn behind two other people to use the swing or missing out on something like a lollipop because your mum had no cash on her. They were big things then. They’re not now. Hindsight is a very useful thing… and so is maturity. So use them, and don’t make a big deal of your child’s big deal because he can’t change the fact that it’s a big deal to him until he gets closer to where you are.

2. No matter what your child’s behavior, the situation will ALWAYS go better if your primary tools are UNCONDITIONAL LOVE (please, don’t make him feel that you love him less because of something he does or does not do), EMPATHY (try to put yourself in his shoes, like really put yourself in his shoes) and SAFETY (if he is raging and he is going to hurt himself, then protect him and others around him; never use him hurting himself as a punishment for his choice of behavior).

3. Some children will listen even when they are tantruming, others will not. If you know he’s likely taking in what you are saying then offer him unconditional love: “I’m disappointed you’re choosing this behavior but I will never stop loving you. I love you very much”, empathy: “sometimes Mummy/Daddy feels out of control and I don’t like feeling that way, I don’t like what it makes me do but I want you to know only you have a choice to stop your tantrum; no one can make you stop” and safety: “I won’t let you hurt your sister because you feel angry; that choice will never be ok. I also want to keep you safe.” Use an even voice. Shouting will only exacerbate his feelings. If you can’t give these reminders during the tantrum, talk to him once he is calm.

4. Give him strategies. Talk to him about what helps you when you feel angry. You can teach him that when he is feeling like he is going to get out of control, he can go out and jump on the trampoline or count backwards from 20 slowly. Explain that this will take time and practice, and it may not go so well the first few times but if he keeps trying it will get easier.

5. Don’t shun him for negative behaviors. Don’t stop being with him (even if all you want to do is be far, far away!). If he has a tantrum in the morning, deal with it and move on; don’t treat him for the rest of the day like he is in “the bad books”. He needs to feel accepted; feeling like a failure gives little drive to improve.

6. Be a good role model. If you are having Mummy/Daddy tantrums left, right and centre, then wake up and smell the coffee! Your child is learning from a never-ending source how to react when something doesn’t go his way. Remember that role models can also come from other places; daycare, preschool and other family members or friends.

7. If he is not getting the behavior from you, consider why he may be tantruming (if he is doing it a lot). I recommend you take an “overall view” of your parenting and think about the way he feels in relation to this. A child who is told “no” all the time or who is controlled instead of given choices and responsibilities of his own is likely to be living in a place of frustration. A child whose sibling is constantly being favored over him will be looking for attention, and a tantrum is a sure good way to get it. You can see where I’m going here.

8. Have an open communication line with him. Be interested in him and the things he has to say; don’t “fob him off”. Give him as much information as you can about what to expect and when; a “5 minutes to go” warning at the park is a great example.

9. Don’t expect too much of him. Little people under pressure crack so easily. If you’re going to be a soccer mum, then great. Just don’t expect him to bend it like Beckham when he’s barely out of nappies.

10. Tantrums are normal kiddy behavior. Do yourself a favor and remember this. Don’t beat yourself up because your child has tantrums, and don’t belittle him because he has them. You are both human. If you deal with them in a level-headed way, he will likely grow out of them by school age.

Of course, there are always other considerations when it comes to your child’s behavior. Consider sleep, nutrition and your child’s emotional well-being when thinking about what may be causing regular outbursts.